DAY 15:
A breast cancer detection training for a blind woman in Germany

Breast cancer remains the most common cancer among German women. Early detection and treatment of breast cancer allows to significantly improve the chances for survival. Blind and visually impaired people often have a demonstrably superior sense of touch. Discovering hands uses this talent.

MTU-qualification for blind and visually impaired women is offered

Number of women who can participate in the training

In Germany, about 60,000 women are annually diagnosed with breast cancer. Each year 18,000 women die from this disease. This makes breast cancer the most common cause of death among women between 40 and 44 and the deadliest cancer among women between 25 and 74. Among women under 50, palpation is the standard investigation procedure. Mammography screening is offered only to women over 50 years. Standardized tests during consultation-hours are often insufficient and frequently tumours are not detected. On the other hand, there are about 1.2 million people in Germany with a vision of less than 30 %. Not all of those of working age exercise a profession. Many are discriminated or indirectly excluded from the labour market through lacking equipment or adequate work spaces, as well as prejudices against the professional performance of blind people.

Blind or visually impaired women who could qualify as tactile medical examiners (MTU), have successfully turned ​​their disability into a talent. They exercise a responsible job, a meaningful and positively perceived service in the health care system. Already 27 doctors, hospitals and clinics participate in the hands-on discovering model at 16 MTU locations.

A major challenge for the project is to have long term funding that allows to expand the programme. While until late 2010 the programme still relied on the financial support of the Federal Ministry of Labour and Social Affairs, eventually the support period came to an end and the programme was at risk. Even though the organization has found new sources of funding in the meantime, these situations are likely to occur again. 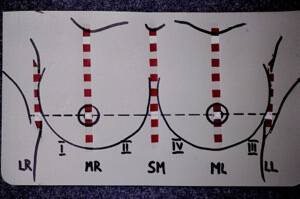 The project Discovering Hands is supported by Ashoka and the Ruderman foundation. Furthermore, the minister for health, emancipation, care and age of Nordrhein-Westphalen, Barbara Steffens is the patron of the project and guarantees for the quality of the project.