When she was 15 years old, Salila was kidnapped, sold and forced into prostitution. In order to help her parents who were constantly struggling to make ends meet, Salila had accepted a ‘job offer’ from a strange man. When Salila realized that something was wrong, it was already too late. She became the victim of a human trafficker who sold her to the owner of a brothel. From that moment on, Salila was raped multiple times a day. Luckily, undercover agents of IJM become aware of the brothel and Salila. In cooperation with the local police, the agents liberate Salila in a risky rescue operation. In a recovery-facility, Salila can recover from the traumatic experience. Today, Salila sells handmade goods and lives in a small apartment of her own. She also has her own bank account. She is free.

Children and women are forced to prostitution.

On the basis of tips and research, IJM investigates cases of human trafficking, forced prostitution, slavery, and other forms of violent repression.

Amount of investigations that could be realized thanks to donations

IJM employs investigators, lawyers, and social workers operating in cooperation with the national and local administrations in the partner country. Their goal is to identify and legally prosecute individual cases of human rights violations. Furthermore, IJM tries to identify structural weaknesses in the respective judicial system in order to make long-term improvements in the partner countries. In each of its cases, IJM pursues four goals: 1. Liberate victims of human rights violations, 2. Legal prosecution of the perpetrators, 3. Recovery of the victims, 4. Structural improvements in the judicial system. The impact of IJM’s work was evaluated by the Gates Foundation: after five years of individual case work on the Cebu Island, Philippines, the availability of minors in prostitution had decreased by 79 percent. No shifting effects could be observed. For more information: bit.ly/1qgJ83S

IJM depends on the cooperation with the public administrations in the partner countries. At the core of a successful project lies the enforcement of national laws, implemented by the national legislation and carried out by local judges. Therefore, IJM only operates after receiving the consent of the national government. IJM respects the judicial sovereignty of each country and maintains political neutrality. 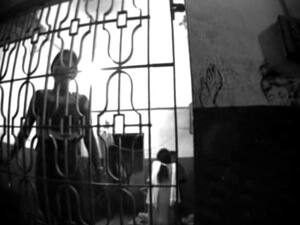 India is the country with the most slaves worldwide.