Water for a better future

"When ISIS came to our village, my whole life changed," recalls 11-year-old Mira from near Mosul. "It all happened so fast. My father dressed in women's clothes to avoid being captured. Then we ran away." Together with her parents and her five siblings, Mira had been on the run on foot for over a day - without water, without food. After that, the family lived in a refugee camp for three years. "When we were able to finally return home, everything was destroyed. There was no running water, no electricity, not even roads," Mira says. The fate of Mira and her family is not an isolated case. Once the fighting in Iraq ended, over four million people returned to their home regions. That is more people than live in Berlin. For the families, the reconstruction of the regions destroyed by the war means a return to a life in dignity.

People have access to clean drinking water and no longer need to resort to water from polluted rivers.

Living conditions are improved in the long term and the standard of health improves.

The so-called Islamic State (ISIS) had occupied many parts of Iraq. These included the Ninawa region in the north of the country, where the city of Mosul is located. Millions of people were forced to flee the war. Since early in 2017, more and more towns and villages have been reclaimed and people are steadily returning to their homes. With 1.7 million, Ninawa has the largest number of returnees who had sought refuge in other regions or countries in the meantime. However, the violent battles for liberation have largely destroyed the local infrastructure. Many of the returnees found their homes in ruins. They had no clean drinking water, the roads were no longer passable and there was hardly any electricity. Whole villages still have to be supplied with clean water by means of water deliveries by truck and mobile treatment plants. This is not a viable solution and is also very costly. As a result, people often resort to contaminated water from rivers or saline water from shallow wells. This leads to diseases and makes people dependent on external aid. A functioning infrastructure for drinking water is a basic prerequisite for even more people to return home and to lead a self-determined and dignified life.

Your good deed today gives the people of northern Ninawa long-term access to clean drinking water. In consultation with the local water authorities, water pipes are being laid, wells drilled, drinking water treatment plants rehabilitated, pumping stations built and households connected to the drinking water infrastructure. Plumbers are also being trained locally. They will ensure the long-term upkeep of the so-called 'last mile' - i.e. the direct connection of houses to the drinking water network. This ensures that access to clean drinking water is not impaired by defective domestic installations. In order to maintain the public infrastructure in the future, the local water authority is also supported with spare parts and technical training. 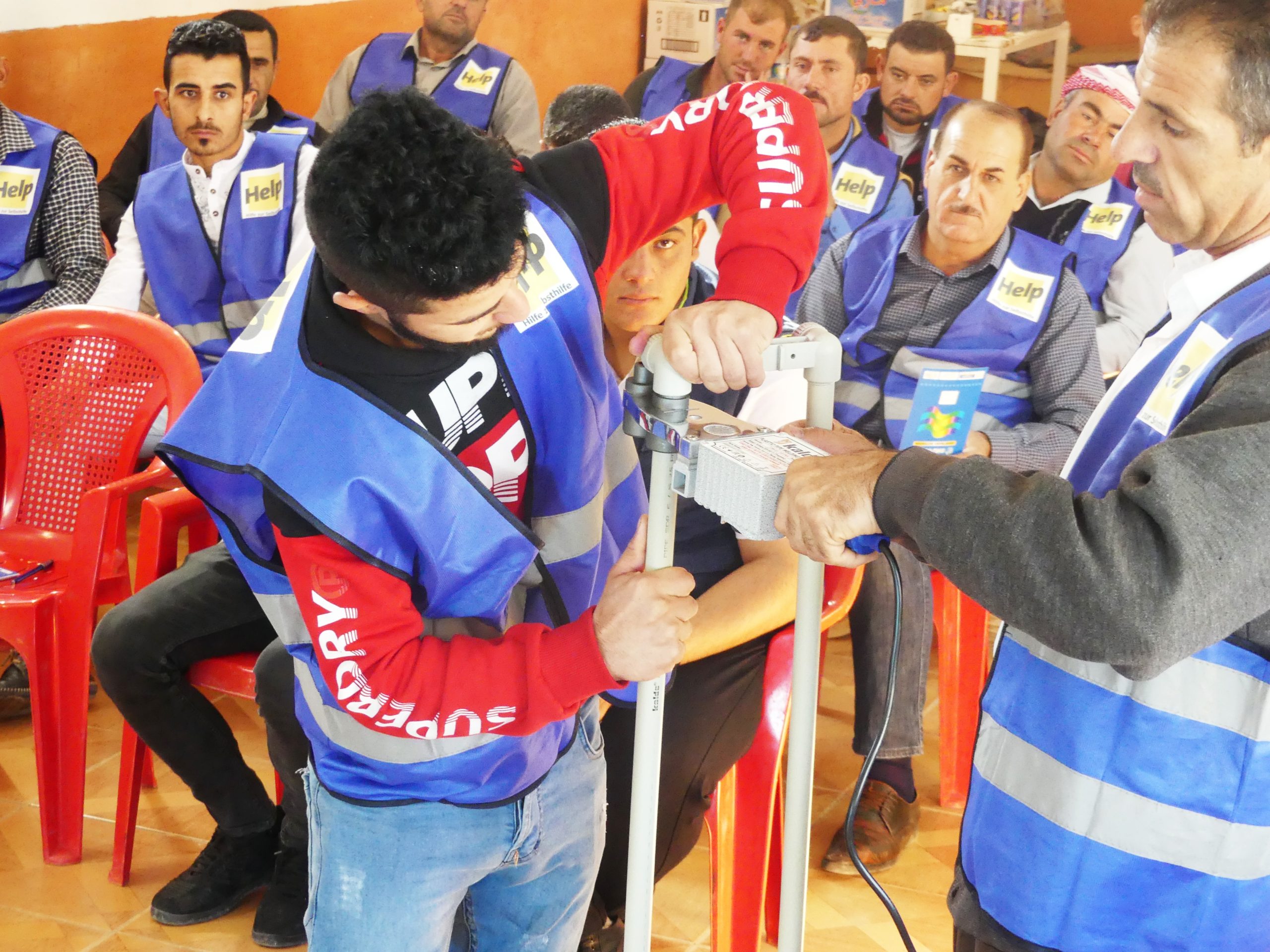 Iraq is the historical Mesopotamia between the Euphrates and Tigris rivers. The two rivers are the main waterways of the country and supply the water for a large part of the population and agriculture.