Sea turtles spend their entire lives at sea. Only the females come on land from time to time to lay their eggs. Under the cover of night, they dig a nest on the beach, lay their eggs inside and leave the incubation to the sun. The sex of the hatchlings depends on the temperature in the nest: when it is warmer, more females develop, when it is cooler, more males. After about two months, the young hatch and find their way to the sea on their own. In the water, sea turtles are elegant and enduring swimmers; on land, however, they move clumsily with great effort. The loggerhead sea turtle (Caretta caretta) nests on the beaches of the island nation of Cape Verde in West Africa. During the nesting season, the females come ashore up to five times to lay between 60 and 120 eggs each time. For the first time after about 20-30 years, the female turtles return to their native beach to nest again.

Protection of loggerhead sea turtles from poaching and protection of nests on Boa Vista, Cape Verde

By protecting about 2,400 mother animals in the first year, more eggs can be laid from which young animals hatch. This allows the population to grow again

The sea turtle population on Boa Vista has recovered and stabilised; due to the presence of the rangers, poaching declines

Sea turtles have inhabited the world's oceans for over 110 million years. They survived the dinosaurs and ice ages. Then came humans. Although they are now protected in most countries, sea turtles are threatened with extinction (Spotila, 2004). Excessive poaching, bycatch in fisheries, pollution of beaches and waters with plastic waste, mass tourism as well as climate change threaten the existence of sea turtles. Cape Verde is home to the world's third largest nesting population of loggerhead turtles, with about two-thirds of the animals nesting on the island of Boa Vista alone (Reischig, 2018). The population of loggerhead turtles in the Northeast Atlantic is classified as "vulnerable" by the International Union for Conservation of Nature (IUCN, 2015) and is one of the most threatened marine turtle populations in the world (Wallace et al. 2011). In 2008, the Turtle Foundation began its work and established its first conservation camp on Boa Vista after a report of 1,200 dead turtles the year before (representing about 30% of the annual nesting population) drew attention to the acute plight of sea turtles (Reischig, 2018). Despite major conservation efforts, there were still 54 cases of poaching on Boa Vista last year. In order to end poaching for good, former poachers are being trained as rangers and employed in conservation. To ensure the sustainability of the conservation project, the Turtle Foundation works closely with the local authorities and the local people. Through education, the children learn about the importance of and threats to sea turtles. The creation of alternative income opportunities is also one of the missions: A women's group that was previously involved in preparing and selling turtle meat now makes soap and chutneys.

Your good deed will make it possible to set up two protection camps on the beaches in the north of Boa Vista. Local rangers live in the camps during the nesting season from June to October to protect about 2,400 females and about 12,000 nests on 20 km of nesting beach from poachers. From the camps, the rangers patrol the beaches during the critical evening, night and morning hours. In addition, data on nest activity is collected and endangered nests (for example due to light pollution from beach hotels) are relocated to a hatchery, a fenced-off section of the beach. Through your good deed, three major beach clean-ups can also be carried out, as fishing nets and plastic rubbish that washes ashore are often death traps for mothers as well as hatchlings. The ultimate goal here is to prevent poaching in order to help the endangered population of loggerhead turtles to recover in the long term. 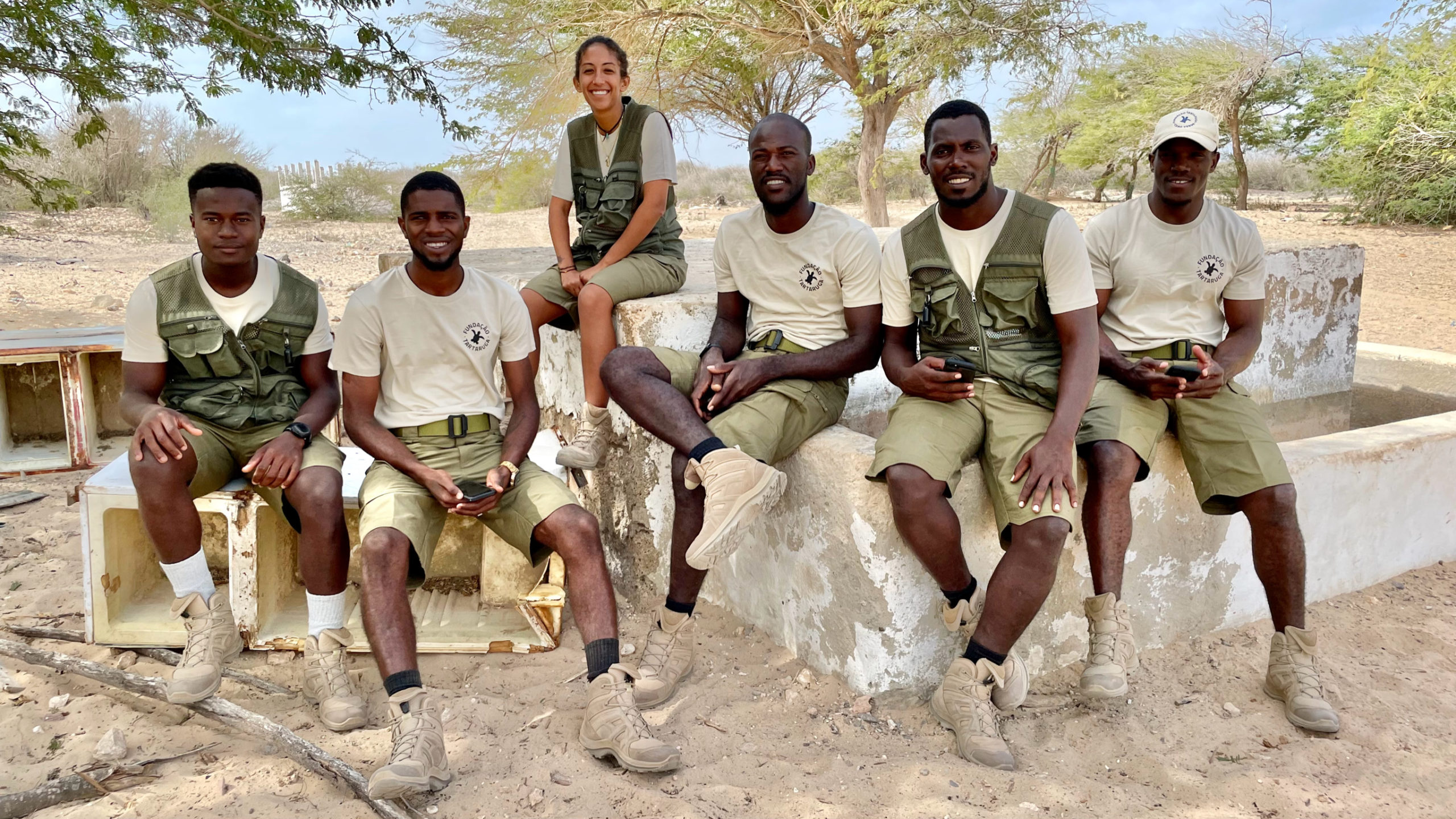 There are many volcanoes in the West African island nation, with Pico do Fogo being the highest at over 2,829 metres. It last erupted in 2014.