Day 4
One medical check-up for a child in Malawi

If you feel sick and frail, how far do you have to go to the nearest doctor? In the Chikwawa district of Malawi, mothers often have to walk many kilometres with their children. Sometimes they walk for hours in the scorching heat through corn fields and cross rivers by boat to get to the nearest hospital. In the worst case, this means that medical help comes too late. Regular preventive medical check-ups for children are particularly important so that illnesses can be detected early or prevented through a balanced diet and correct hygiene practices. Mobile clinics are a key factor for better medical care. They can help save children, pregnant women and nursing mothers from having to walk long distances.

Number of examinations carried out on mothers and children.

Compared to the previous year, it is expected that children and mothers will suffer less frequently from diarrhoea and that malnutrition and undernourishment will be reduced.

Improved state of health for children under 5 and their families.

According to the World Economic Forum (2018), half of all deaths and a third of all physical disabilities in low-income countries could be avoided if all people had access to emergency medical care. According to one study, over 287 million people in sub-Saharan Africa live more than a two hour drive away from medical care facilities (Ouma et al., 2018). In Malawi, about 70 per cent of the population live below the poverty line (World Bank, 2018). Two thirds of the population live primarily from small-scale farming. Due to the high dependence on agricultural yields, the impacts of climate change are increasingly affecting the country's food security. These include more frequent droughts, heavy rainfall and Cyclone Idai, which caused severe damage in the country in March 2019. 82,700 people had to leave their homes (UN OCHA, 2019). Due to poor harvests, more than 1.9 million people in the country are currently experiencing a food crisis (IPC, 2020). Many mothers and children are chronically malnourished and undernourished, which makes them all the more vulnerable to disease. The maternal and child mortality rate in the country is among the highest in the world. For every 1,000 live births, 50 children die before the age of 5 (UNICEF, 2020). This is also due to insufficient medical care in rural areas. In Malawi there were only 56 hospitals for 17.6 million people in 2015 (Ouma et al., 2018). The facilities are often poorly equipped - many have neither electricity nor running water. Another problem is the lack of qualified health care staff and altogether, there are only 350 doctors working in Malawi

With today's donation you support mobile clinics in remote areas and thus contribute to the reduction of child and maternal mortality in Malawi. Thanks to regular check-ups, the Amref organisation can ensure that children, pregnant women and mothers develop healthily (e.g. by monitoring growth and weight development) and are provided with sufficient nutrients (e.g. by distributing iron tablets). Trained health personnel will carry out the tests directly on site. In cases where further treatment is necessary - e.g. acute malnutrition - the children or women are referred to appropriate clinics. In this way, the organisation promotes the health of children and mothers. Because only healthy children and mothers can find their way out of poverty. 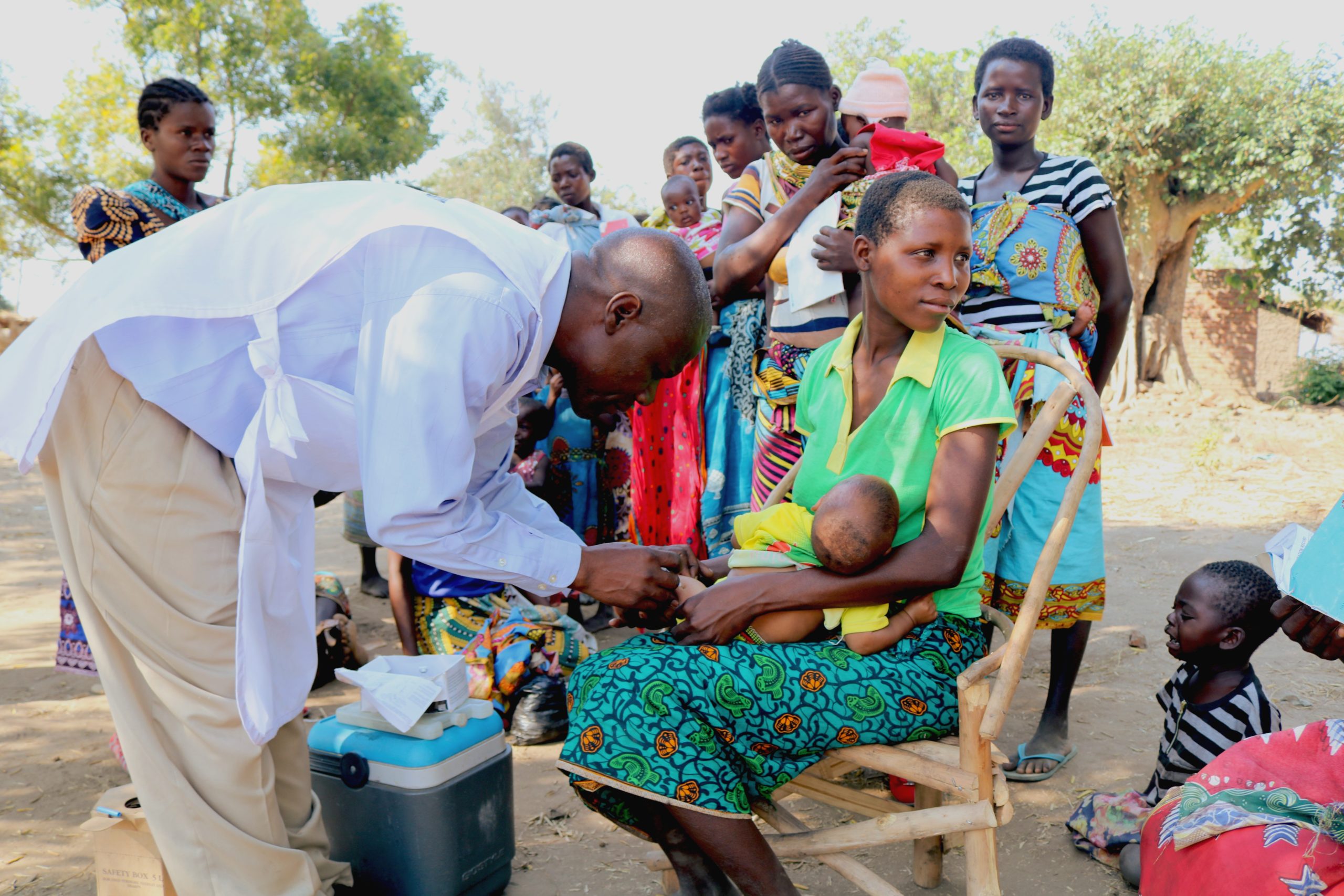 Malawi is one of the poorest countries in the world; 70 per cent of the population live below the internationally recognised poverty line (US$ 350 GDP/capita).