KwaZulu-Natal is a diverse region: it is the home of the Zulus, but also the place where the first Europeans, led by Vasco da Gama, landed at Christmas ("Natal") 1497. The major city of Durban and the Drakensberg Mountains are very popular with tourists. However, the sparsely populated areas far from the coast are hardly ever visited. The communities there are known for their hospitality, yet they are struggling to cope with the challenges posed by poverty, HIV/AIDS, inadequate water and electricity supplies and lack of access to education. The structural cause of many of these problems is partly attributable to the consequences of apartheid (Thurlow et al., 2009). What is impressive is that many of the young people who are affected by poverty or have lost their parents to HIV/AIDS and are looking at an uncertain future have not given up hope. The after-school support programmes help them on their future educational path.

Homework and practical help for children and young people in South Africa.

A local partner organisation provides after-school care for orphans and children from precarious backgrounds, supports them in learning and prepares hot meals.

Number of hours of supervision in the afternoon and number of children benefiting from homework assistance and hot meals.

Although the school enrolment rate in South Africa is comparatively high at 92 per cent, public schools are underfunded and the quality of teaching is generally poor (World Bank, 2015; Robinson, 2019; World Economic Forum, 2017). This particularly affects orphans and children who grow up in precarious living situations and cannot be adequately supported by their parents. There are many such children - over 20 per cent of the people in South Africa are HIV-positive or have AIDS (Robinson, 2019). Many parents die young or are seriously ill. The rural and economically weak community of Jozini in northern KwaZulu-Natal is particularly affected. There are numerous orphans and children with difficult family situations in schools in the region. Grandparents or older siblings are often responsible for bringing up the children, which places a heavy emotional and social burden on them. Added to this is the economic hardship caused by the loss of their parents. Thus, help with learning, social support and good nutrition cannot be guaranteed in every household. Poverty, poor prospects and insufficient sexual education also lead to an increase in teenage pregnancies and the spread of HIV/AIDS (UNFPA 2019; Booysen and Summerton, 2002). Children need help to break the vicious circle of poverty, HIV/AIDS and lack of access to education. It is no coincidence that some regions of South Africa are particularly disadvantaged. The political regime of apartheid institutionalised the authoritarian predominance of white people in South Africa and systematically discriminated against people of colour. Especially from 1948, when the Boers (mostly Dutch or European-born South Africans) won the elections, South Africa's institutionalised racial segregation and discrimination increased. From 1948 onwards, non-whites were systematically excluded from political participation and from the economic elites. Strict segregation of white and non-white people was prescribed in public places. Mixed marriages were prohibited. From 1950 onwards, the separation of residential areas was prescribed. Non-whites had to move to so-called townships outside the city centres. The education systems were segregated. The government's aim was to train black people for physical labour, while white people were to be encouraged to pursue higher education. It was only when the protest movement of the non-white opposition became increasingly strong in the 1970s that the apartheid regime began to crumble. As leader of the political opposition, Nelson Mandela negotiated the end of apartheid. The racial segregation laws were only gradually repealed. Nevertheless, their long-term consequences can still be felt today in the structural weakness of certain regions of South Africa.

Today's good deed provides help with homework for children and young people from precarious backgrounds in KwaZulu-Natal. The aim of the partner organisation is to offer children and young people a stable environment and to enable them to successfully complete school. In the Learning Centre, the children and young people receive help with homework, social support, leisure activities, sexual and health education and hot meals after school. This environment forms the basis for learning success and career prospects, allows for a self-determined life and promotes educational justice. The community also benefits, as local jobs are created for caregivers. The burden on the caregivers - often grandparents or older siblings - is reduced. 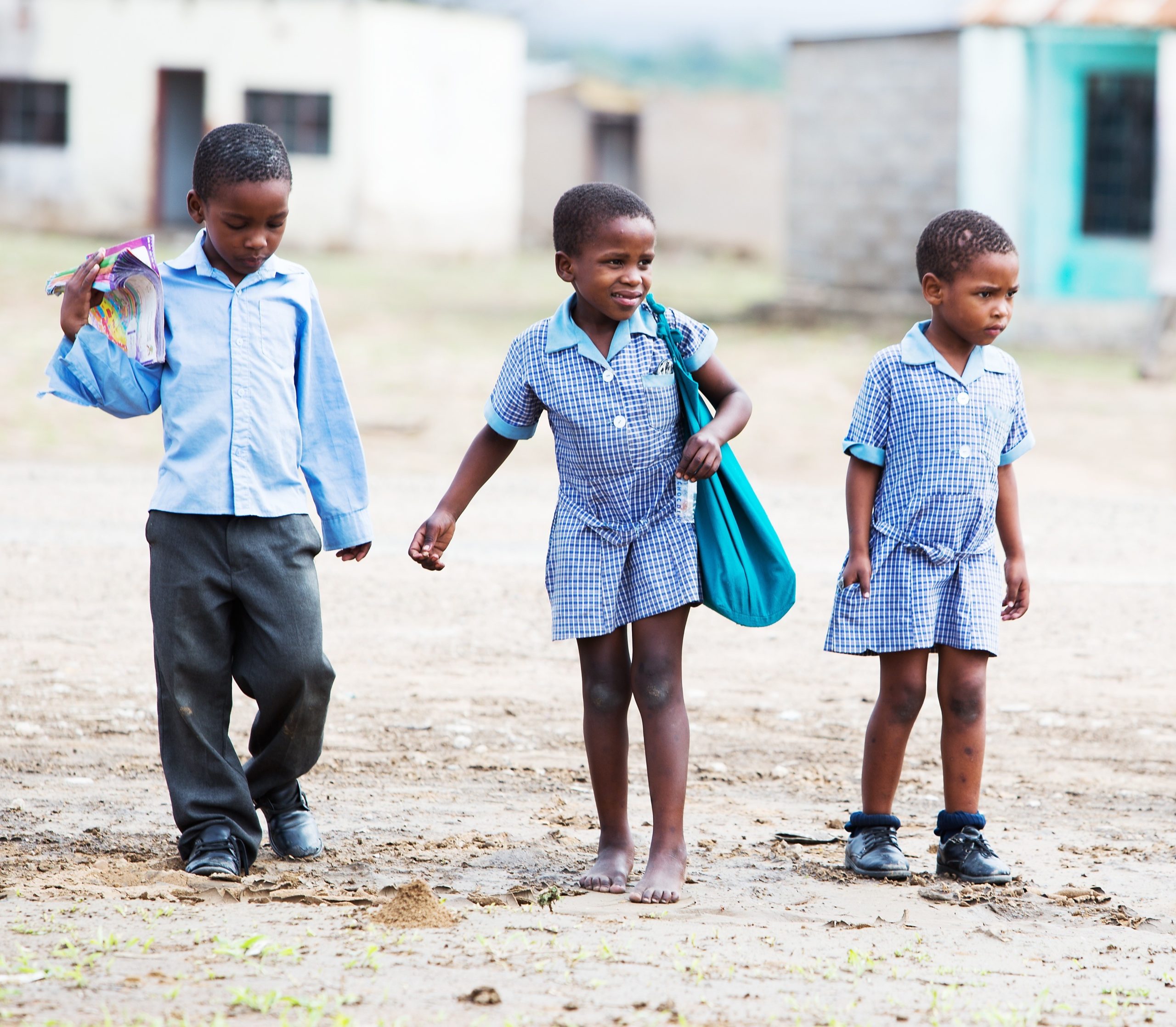 South Africa is the country with the greatest economic inequality between rich and poor people in the world (Statista, 2020).