Day 9
Five grams of seeds for a family in Syria

Every morning, Basma goes down into the garden. Her mother Raja has asked her to fetch onions, sprouts, coriander and salad to prepare the traditional breakfast. Basma planted the ingredients together with her parents thanks to the seeds and seedlings they received from the organic farm school. Yesterday, the school also gave them a kilo of bread. "It tastes like the bread my grandma used to bake before she had to leave her village," Raja remembers. The fact that they can now grow their own fruits and vegetables makes Basma and her family more than happy. Despite the many uncertainties of the war, which has been going for nine years already, they are hopeful: "When roads are closed, when you can't leave your house without fear for your life and when savings are scarce, having food from your own garden is especially valuable.

Sufficient nutrition for families threatened by hunger in Syria.

The amount of seeds distributed and the number of Syrian families growing their own fruits and vegetables.

Families are able to grow food and personally contribute to their own food security and health.

Long-term improvement of food security and health of vulnerable families in north-west Syria.

Since the war broke out in Syria in 2011, the suffering of the people has not come to an end. Of the 21 million people who used to live in Syria, around 12 million are currently displaced, both worldwide and within the country. Since the beginning of 2020, armed conflicts have worsened the situation of people in north-west Syria, where 2 million Syrians from other parts of the country have sought refuge (WFP, 2020a). More than half of the population in Syria needs humanitarian aid. Some 6.5 million Syrians do not have enough to eat (WFP, 2020b). This is mainly due to the targeted destruction of agricultural land, farms, seed banks and water tanks. This makes it impossible to grow food and uses hunger as a weapon. In addition, severely damaged infrastructure and road blockades prevent food from reaching everyone in the country. All this has resulted in exorbitant food prices. In addition, many families were forced to leave their houses and land behind when they fled. They now have little opportunity to grow food themselves. To protect people threatened by hunger, however, it is essential to enable them to produce their own food (FAO, 2020; WoS, 2017). 2010 marked the beginning of the so-called "Arab Spring" in many Arab countries. Protesters stood up for human dignity, freedom, the rule of law and economic development. Syria also had its own Arab Spring, but it was suppressed by the government under Bashar al-Assad. Conflicts arose between the government and the people. These were accompanied by the invasion of armed groups, religious and ethnic conflicts and clashes over the Kurdish areas in northern Syria. In addition, regional and global powers intervened, such as Iran, Russia, the US and Turkey, but also armed non-state groups such as Hezbollah. When the Syrian government increasingly lost control of the country in 2013, it was supported by Iran and Hezbollah. Russia also allied itself with the Syrian government, while Turkey and other powers clearly positioned themselves against the government and partially supported the opposition. This was followed by years of war. Today large parts of the country are once again under complete control of the Syrian government. At present, armed conflicts are mainly confined to the Idlib region in the north-west. The peace process in Syria remains highly complex and is not easy to implement under Assad's government. As long as the country remains unstable, there is a risk of a renewed rise of Islamist groups such as the Islamic State (IS) or al-Qaida. Meanwhile, peace talks are continuing at the international level: Discussions are underway on how and under what conditions the international community can support the reconstruction of Syria.

Today's good deed will help families in need by supporting school and community gardens in Syria. Children and adults together learn how to grow fruits and vegetables sustainably. They receive traditional seeds and seedlings and can put their knowledge into practice together. The parents and children then pass on what they have learned to their families. When the project is completed, over 4,200 people will be able to produce seeds themselves and will know how to use them to grow and harvest produce. This promotes their independence in times of crisis, gives them strength and perseverance and offers them new perspectives in their home country. 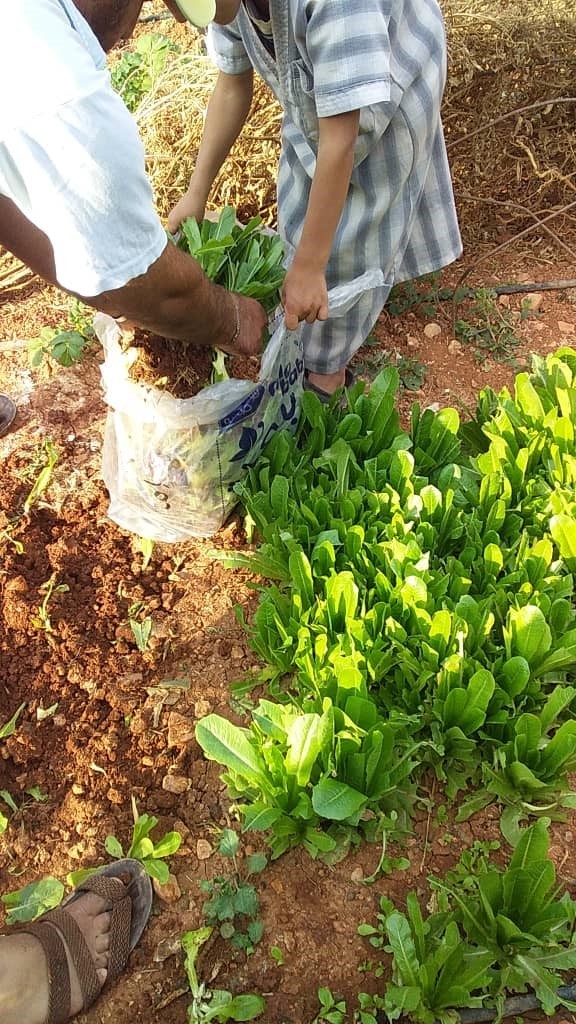 Syria is considered the cultural cradle of humanity. It was here that people developed agriculture and became settled. The intersection of trade routes between east and west gave rise to diverse cultures.