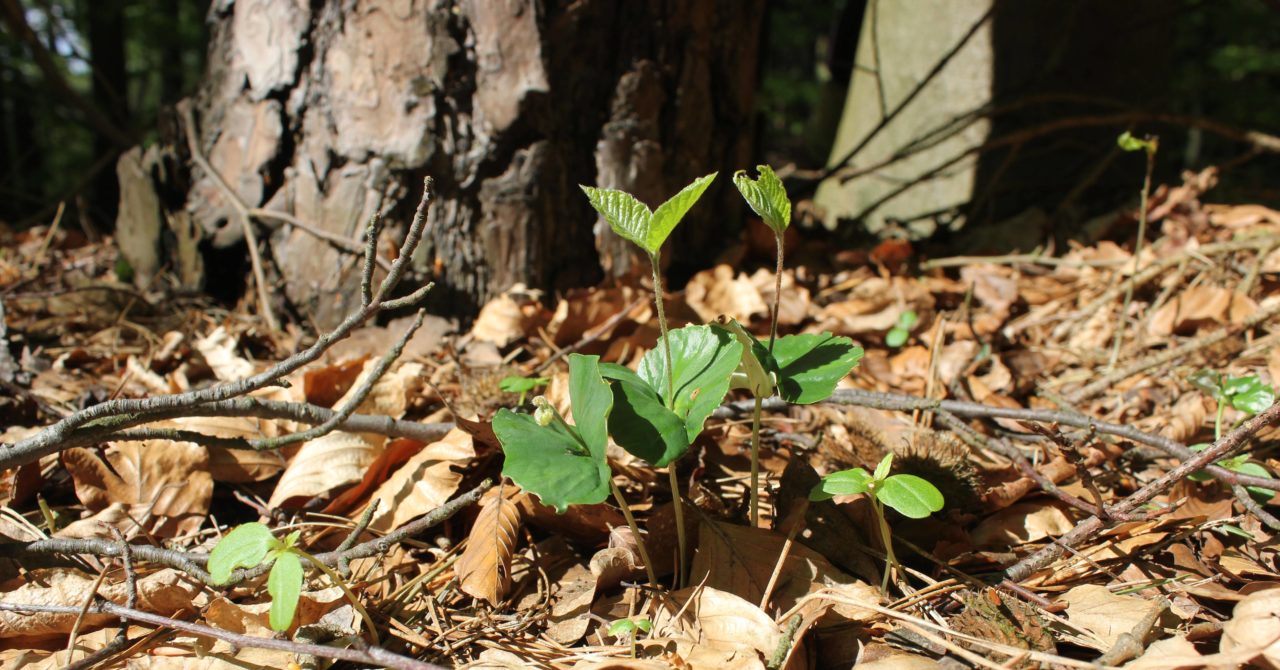 Woodland as a habitat for animals in Germany

Purchasing woodlands and developing them into species-rich, climate-protecting natural resources

Natural woodlands are places where life thrives. Not only deer, squirrels and wild boar live here, but many other animals also find shelter in the old gnarled giant trees. Bats hide in tree hollows and crevices during the day, the hammering of woodpeckers fills the air, and the impressive stag beetle defends his territory. It is exciting to take a look at a fallen old tree, which as deadwood provides valuable habitat for a wide variety of beetles and fungi and at the same time creates space for new tree saplings to germinate. But living natural woodlands with their vivid cycle of growth and decay are only rarely found in Germany. One third of Germany is covered by forest or woodlands, but almost all of it is used commercially (BMEL, 2014).

Creation of natural woodlands in Germany for biodiversity and climate protection.

The NABU-Stiftung Nationales Naturerbe (NABU National Natural Heritage Foundation) buys forests that are allowed to develop without being used into species-rich and climate-protecting primeval forests for tomorrow.

Number of square metres of woodland that can be purchased.

We withdraw our forests from exploitation. Species sensitive to disturbance and dependent on old and dead wood find a new home in our forests.

Our forests make a lasting and important contribution to the preservation of biodiversity and climate protection in Europe.

The older and more unexploited woodlands are, the higher their biodiversity. More than a quarter of the plant, animal and fungal species living in the woods depend on deadwood, which is allowed to remain in the woodlands primarily in unused natural and virgin forests (Schiegg Pasinelli & Suter, 2002). Yet not even 3 per cent of woodlands in Germany are allowed to develop naturally (Rosenthal et al., 2015). This has direct consequences for biodiversity, which is significantly lower in commercial woods than in unused forests (Wermellinger & Duelli, 2001). In commercial forests, trees are felled after only one third of their natural life span, before the structures that are vital for many forest species, such as deadwood, cavities and coarse-grained bark, have had a chance to form (Biermayer, 2020; Plate, 2010). For example, beech trees in commercial forests are usually felled when they are 140 years old. For wood-dwelling species, however, beech trees that live to be around 300 years old only become interesting in the second half of their life and as dying deadwood (Plate, 2010). A quarter of all beetle species and forest dwellers such as the middle spotted woodpecker, crested tit or dormouse depend on rotten wood (Schmidt, 2006; Franz et al., 2006). That is why we are taking our forests out of use and are thus creating natural woodlands that develop permanently free of human influences and, with abundant old trees and deadwood, become refuges for many animal and plant species.

With your good deed today, you make it possible to buy one square metre of woodland in Germany, which will then be taken out of use. In this way, species-rich mixed deciduous forests can develop into the "primeval forest of tomorrow" and become home to numerous species that are sensitive to disruptions and that depend on old-growth and dead wood. Natural mixed deciduous forests are not only a habitat for countless animal and plant species. With their ability to store 10 to 13 tonnes of CO2 per hectare and year, they are also an important player in climate protection (Riedel et al., 2019). Less than 3 per cent of woodlands in this country are allowed to develop as natural forests (Rosenthal et al., 2015). The consequences are a lack of biodiversity, disappearing species and insufficient carbon dioxide storage capacity. By creating the old-growth forests of tomorrow, we are contributing to biodiversity and climate protection in Germany.

32 per cent of Germany's total area is forested (BMEL, 2014). However, only less than 3 per cent of the forest area has been completely abandoned in order to re-establish primeval forest-like conditions (Rosenthal et al., 2015).