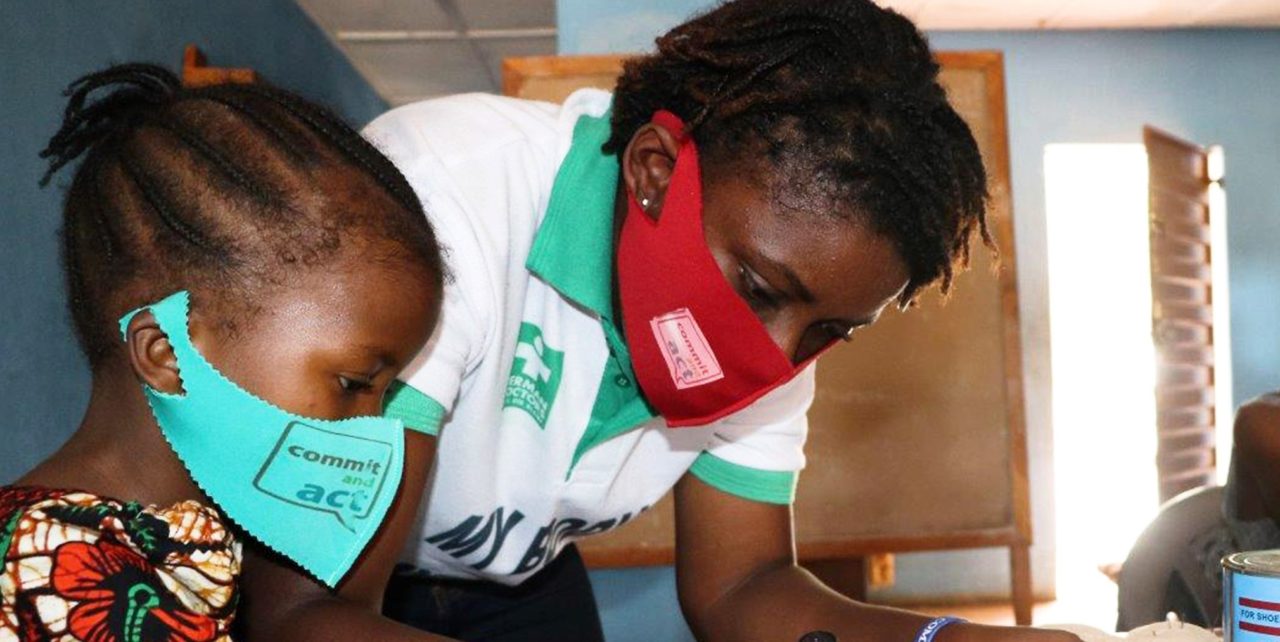 Protection and help for abused girls in Sierra Leone

Aminata has suffered terrible physical and mental injuries. The fourteen-year-old schoolgirl from a village in Sierra Leone was sexually abused. She was immediately admitted to the girls' shelter in the provincial capital of Makeni and there received medical care. Aminata was given refuge and protection as well as wholesome meals for three weeks. Above all, she received psychological care and legal counselling. What helped her most was the exchange with the other girls in the shelter. They had all experienced similar things. Aminata's family was also included in the programme. This prevented her from being ostracised by her own family or her village community. Unfortunately, this is very common. Especially when girls become pregnant as a result of the abuse. Aminata has learned to cope well with her psychological wounds. Today, she is back to living with her family and attending school.

Protection for girls and young women in Makeni, Sierra Leone, who have been exposed to physical and sexual violence.

Girls and young women find refuge in the shelter; they receive care and counselling there.

Number of minutes that the girls and young women are cared for in the shelter.

Girls and young women become stronger mentally, they are better able to cope with the trauma and attend school again.

The girls participate in community life again. Their quality of life has improved. A contribution to equality has been achieved. The general public is educated and sensitised about sexual violence and its physical and psychological effects.

Sexual violence against girls is a major and very serious problem worldwide. 15 million girls aged 15 to 19 have experienced sexual violence in their lives (UNICEF, 2017). In Sierra Leone, it is estimated that around half of all girls and women are exposed to physical or sexual violence. In 2018, 8,500 rapes were officially reported there. More than double the amount from the previous year (BBC, 2019). Many of the reported cases are not investigated by the authorities. Most rapes are not even reported. This is because the girls and young women are often dependent on the perpetrators for things like shelter, food and clothing. As a result of the many abuses of children, Sierra Leone's President Julius Maada Bio declared a national state of emergency for three months in February 2019. Sierra Leone had been in the grip of a cruel civil war from 1991 to 2002. During this time, countless women and girls became victims of sexualised violence. Afterwards, women's rights were strengthened. However, many problems that existed before the war are virtually unchanged today. These include poverty, unemployment and lack of educational opportunities, which affects girls and women in particular.

Your donation today will provide 30 minutes of care for a girl in need, like Aminata, at the shelter in Sierra Leone. The girls' shelter is a place of refuge and protection for adolescent women who have suffered physical and sexual violence. The girls are medically examined there and receive hygiene articles. They receive legal advice and psychological support. In addition, they can meet and support each other. Thanks to regular and wholesome meals, not only their mental but also their physical condition improves. The aim is for the girls concerned to be reintegrated into their families and communities. Above all, they should also be able to go back to school. To this end, there are educational projects for the adolescents as well as information and special programmes in the families. Radio also provides a lot of information about the causes and effects of sexual violence. This is very effective because people in Sierra Leone listen to the radio a lot. All these measures should improve the quality of life for women and young girls in Sierra Leone.

The population in Sierra Leone is very young and is constantly growing. Around 41 per cent of the people are under 15 years old. Women have an average of 4.2 children (UN, 2019).